New Jersey’s congressional delegation, which has been a 98-pound weakling on Capitol Hill, soon may bulk up.

When the 115th Congress convenes in January, Rep. Rodney Frelinghuysen (R-11th Dist.) elected to his 12th term Tuesday, will be in line to chair the House Appropriations Committee, one of the Big 3 House panels and the one that writes the annual federal spending bills. 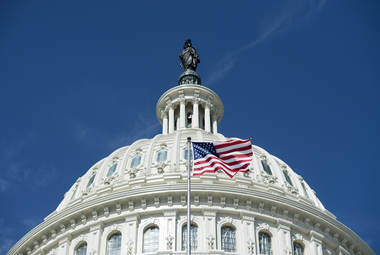 New Jersey is 11th in population but only 23rd in power in Congress, according to an analysis by NJ Advance Media.

Frelinghuysen’s ascension singlehandedly would change the reality in Washington of New Jersey being 11th in population but only 23rd in power, as determined by those serving in leadership positions and wielding the gavel at committee and subcommittee meetings.

First elected in 1994 as part Speaker-to-be Newt Gingrich’s Republican revolution that ended 40 years of Democratic control of the House. Frelinghuysen, 70, has been building up seniority and climbing the leadership ladder since.

Frelinghuysen, now chair of the Appropriations defense subcommittee, and Rep. Frank LoBiondo (R-2nd Dist.) were the two most powerful members of the state’s delegation, according to the NJ Advance Media study of congressional clout.

“One of the things that gets you power in Congress is how long you’ve been there,” said Matthew Hale, a professor of political science at Seton Hall University. “Hopefully, we won’t be 98-pound weaklings forever.”

With Republicans maintaining control of the U.S. Senate, both of the state’s Democratic senators, Robert Menendez and Cory Booker, will spend at least two more years in the minority.

The state lost a subcommittee chairmanship when Rep. Scott Garrett (R-5th Dist.) lost his re-election bid to Democrat Josh Gottheimer. Garrett also was the only member of the state delegation to sit on the House Financial Services Committee.

That loss will be more than offset by Frelinghuysen’s expected rise to Appropriations chair. The current occupant, Rep. Hal Rogers (R-Ky.) is term limited.

“That’s really where the action is,” said Krista Jenkins, a political science professor at Fairleigh Dickinson University. “To have somebody heading it up who’s from New Jersey is a shot in the arm for people who usually look at New Jersey with some derision.”

The formal decision won’t be made until the incoming House Republican conference convenes this fall and selects the committee chairs for the next Congress.

Still, lobbyists and lawmakers indicated that that the post was Frelinghuysen’s for the asking.

“Everything that I’ve heard is that he has put his deck chairs in a row,” said Doc Syres, vice president for legislative affairs at Aerospace Industries Association, a trade group for aerospace and defense companies.

Rep. Tom Cole (R-Okla.), a fellow member of the Appropriations defense subcommittee, said Frelinghuysen has made his interest in the position known to his colleagues.

“Rodney has a lot of friends who would like to see him succeed,” Cole said. “He’s an exceptionally strong candidate with a wide basis of support. He’s the favorite to become the next chairman.”

As the Appropriations defense chairman, Frelinghuysen has filled his campaign coffers with donations from the industry he oversees. Six of his seven biggest sources of contributions were employees of defense contractors, according to the Center for Responsive Politics, a Washington-based research group.

Not only is he next in line by seniority, but he has a reputation for being able to work across party lines, an important trait at a time when House Republican leaders have had to rely on Democratic votes to pass the spending bills needed to keep the government open.

“He’s someone you can sit down with and reason together,” said Rep. Rosa DeLauro (D-Conn.), a fellow member of the House Appropriations Committee.

At the end of the week, DeLauro joins Frelinghuysen and another Appropriations member, Rep. Jose Serrano (D-N.Y.) on the Acela to return to their homes. They’ll talk politics, baseball or other topics, Serrano said.

“He’s just an easy guy to get along with,” he said.

Frelinghuysen’s skills were on display in when he successfully obtained $33 million in Hurricane Sandy recovery funds in January 2003, bringing the total package to $60 million. The New Jersey and New York delegations lobbied their colleagues, reminding them that their states also could be hit by devastating storms. Frelinghuysen at the time said he personally talked to more than 100 lawmakers. The Hurricane Sandy Emergency Relief Appropriations became law at the end of the month.

“‘You just give me my shot on the floor,'” Syers recalled Frelinghuysen telling then-House Speaker John Boehner (R-Ohio). “‘I’m going to pass this amendment if you give me the chance to bring it up.'”